In his summer statement, Chancellor Rishi Sunak announced a billion-pound programme to help improve energy efficiency in schools, hospitals and other public buildings. Called ‘The Public Sector Decarbonisation Scheme’, the programme, which is part of UK’s efforts to reduce greenhouse gas emissions from the public sector by 50%, is expected to see substantial investments in energy efficiency and heating upgrades over the next year. 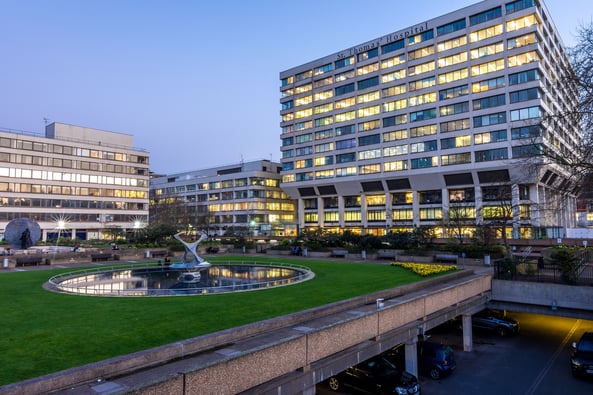 ‘The Public Sector Decarbonisation Scheme’ is laudable in its objectives, as the world as a whole is dealing with an unprecedented ecological crisis. However, perhaps the first thing facilities managers should invest in when looking to improve energy efficiency is an instrument that allows them to accurately measure and record energy usage. Having an initial benchmark – before embarking on any changes and upgrades – is essential for measuring improvement and progress through time.

A portable energy logger (PEL) like the Chauvin Arnoux PEL103 is the ideal tool for accurately monitoring power consumption and much more, including harmonic levels, voltage imbalance and power factor. In addition, by using a PEL103 across entire buildings and recording the results over time, facilities managers will be able to gain detailed and revealing insights into what’s actually contributing to their energy bills.

A PEL103 can be installed quickly and easily in a distribution cabinet where it can, for example, monitor circuits for lighting, HVAC, display screens, computer systems and more. If it is to deliver its full range of benefits, the PEL should be set up to make recordings over time. A day is good, but a full week or even longer is likely to be even better, as interesting things often happen at weekends! For instance, according to a survey carried out by British Gas, up to 46% of the electrical energy used by SMEs was consumed outside normal business hours, so paying attention to those out-of-hours costs can yield big dividends.

In case you’re wondering how monitoring energy efficiency actually works out in practice, Peter Halloway, Regional Sales Manager at Chauvin Arnoux describes how a recent project at a secondary school in Kent provided some eye-opening findings.

“We were working on an energy efficiency project at a typical secondary school and we logged the measurements over an eleven-day period,” remembers Peter. “The period included the half term holidays, a week of term time and a weekend. The logged results revealed some very interesting statistics.”

“The total energy consumed in the period came to just over £2,000, which correlated well with the school’s annual electricity bill of around seventy thousand pounds. But even at the weekend, when there was no activity on the premises, there was still a load of around 30 A per phase. Also, there was a phase imbalance that was producing an excessive current flow in the neutral.”

“Having analysed the data we had recorded over the eleven-day period, we were able to recommend a solution that would balance the loads and explain how to reduce the harmonics by fitting filters,” Peter added. “An even simpler solution however would have been to educate staff to turn off lighting and equipment at the end of the day or even install systems to turn it off automatically.

Relatively small changes like this will deliver big benefits over the years, giving organisations a golden opportunity to enhance their green credentials whilst simultaneously saving thousands of pounds. In short, a PEL is the right choice for kick-starting any organisation’s decarbonisation programme – and it’s a modest investment with the potential for delivering very big benefits!”